Ardennes: patisserie, community, politics and responses to the refugee crisis

Posted on February 20, 2016 by northumbrianreflections

A good night’s sleep after a long and very stimulating day we enjoyed a leisurely breakfast and bade farewell to our wonderful host and friend Ada, resolved not to make the gap between seeing each other so long next time.

We travelled south and into Belgium arriving in the beautiful town of Spa in the Ardennes. I love this area and remember with fondness my school exchange visits here when I was in my teens. Staying with a Belgian family for three weeks and returning after I left school to hitchhike and reunite with friends here. Friends that I lost contact with in my twenties but have since reconnected with and who we shall see and stay with after this Community Weekend.

Three years ago we held a European Community Gathering here and since then we have welcomed Benjamin and Lucie (Belgians) to work on the house team for two years and now Daniel and Katrin and baby Paul (Germans) have returned to be part of the team at Nether Springs.

I am delighted to be back and again to receive the warm welcome and wonderful hospitality  of Pascale and her family here in Spa. Our arrival greeted first by the two lovely dogs and followed by drinks and one of the amazing tartes made by the amazing Pascale. Oh for patisseries like they have in Belgium in England….

Over the course of the next few hours folks start to arrive; familiar faces, new friends exploring the Community, others wanting to become novices. It is the gift of God, the drawing together of people to a Way of Life, a ‘community of the heart’. We gather for Evening Office to officially begin the weekend and within minutes of being together, that sense of belonging is felt. We move to eat together and sit, all seventeen of us around the long dining table where conversations flow so effortlessly and easily. I hear the words of one of our early Community songs coming back to me as I observe this ‘communion’ ~ this meeting of hearts among people; God called forth a people and we responded to his call… When we started we were strangers we hardly knew each others names. Now we are brothers and sisters and we will never be the same.

We assemble again after clearing up and washing the dishes, (all part of being in Community) to share our stories, our connections and interest in Community and our hopes for the weekend. Common themes emerge; of seeking God, homecoming, living with questions, struggles, heart searching yearning for authenticity of life and faith. By the time we concluded with Compline, the Boisil Compline, I felt like the saint himself, that I was welcoming and witnessing the arrival and emergence of some remarkable younger people whom God was going to call and use for his purposes here in Belgium and the Netherlands.

Exciting days made all the more real by the events in Brussels as leaders of the European nations discussed and worked so hard to resolve the problems, issues and concerns raised by our British Prime Minister and his commitment to a European Referendum in the UK this year. As I caught the headlines late last night that an agreement had been reached in Brussels,  I anticipated what has immediately transpired; a split in the Government over whether to leave or stay in the EU. The Prime Minister has this morning fired the starting gun on the Referendum campaign. I hope he is able to win and put this sorry debate behind us all.

As we drove through Nijmegam yesterday, Floor pointed out the house where in 1944 there was an historic split, the Vrijmaking,  within the Dutch Reformed Church. I thought I had misheard him. “1944?” Wasn’t there more pressing matters facing the Dutch people and the church in the Second World War than contending and falling out about the issue concerning the regeneration of infants at baptism? That just about sums up my frustration with so many splits within the church and other organisations and my frustration with the current debate that Britain has forced in Europe. When Europe is facing one of its biggest challenges, the global refugee crisis, we have reduced it to a parochial matter of self interest. Out pathetic response to take 20,000 refugees over the next four years does little to address the global crisis or alleviate the pressure on our European partners. Last year alone over 1.2 million refugees arrived in Europe, 84%  coming from Syria, Afghanistan, Eritrea, Somalia, and Iraq, countries experiencing conflict, widespread violence and insecurity, or highly repressive governments. The idea that it is nothing to do with us what happens to these refugees is both ignorant and untrue. Our foolish engagement in Iraq and Afghanistan and our meddling in the Middle east has fuelled the fires of terrorism, war and violence across the globe and contributed to the global refugees crisis.

Just to take Syria, one of the countries worst hit by war. The civil war there is the worst humanitarian crisis of our time. Half the country’s pre war population, more than 11 million people have been killed or forced to flee their homes. Families are struggling to survive inside Syria, or make a new home in neighbouring countries. Others are risking their lives on the way to Europe, hoping to find acceptance and opportunity. And the onset of some harsh winter weather conditions makes life as a refugee even more difficult. Millions of Syrians are looking to Europe for help. Millions, not 20,000! That’s why I say our response is pathetic, lamentable and has won us no friends or favours from our European counterparts. 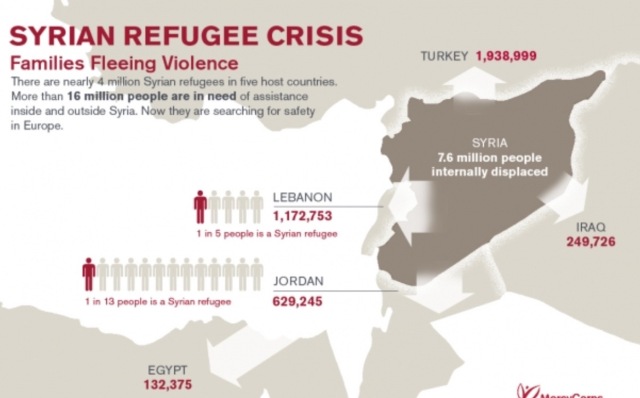 It has struck home to us forcibly how countries like Germany, Belgium and the Netherlands are reaching out with compassion to refugees. Every place we have stayed in has evidence of help and support. Bruges, Antwerp, Dordrecht, Giessenburg, Arnhem and here in Spa, where just up the road from the house here, there is housing, education and welfare facilities for over 500 hundred refugees.

There are, thank God, some people and places who have welcomed refugees with hospitality, not hostility, where those seeking refuge are seen as people not problems. 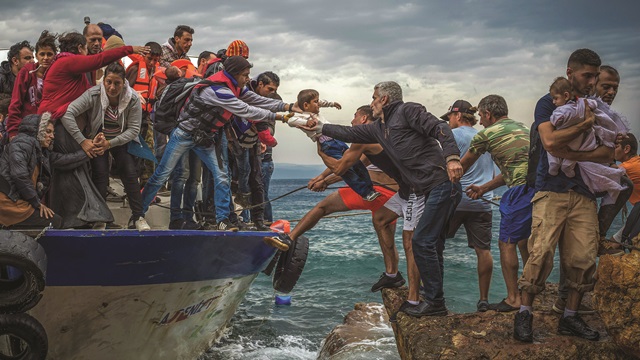 I was a stranger and you welcomed me…

1 Response to Ardennes: patisserie, community, politics and responses to the refugee crisis