Posted on April 11, 2018 by northumbrianreflections 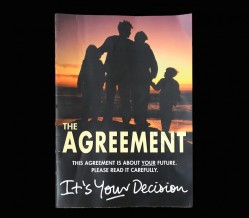 An agreement was ratified in a referendum,(where the issues and implications were clearly slept out and understood) on both sides of the Irish border. 71% backed the deal in Northern Ireland, with 94% supporting the agreement in the Irish Republic.

The Agreement promoted co-operation on both sides of the border on economic and social matters throughout Ireland. The Good Friday agreement is held up as a template for resolving political, especially rival ethnic, conflicts throughout the world. Hillary Clinton said yesterday, “These are difficult times for Northern Ireland, and for our world. As the Brexit debate wages on, I continue to believe in the value of the European Union, and of a Europe that is whole, free and at peace.” Her husband, former US President Bill Clinton, supported the Agreement by committing US investment in Northern Ireland, thus shoring up the Peace Process which enabled prospects of hope to flourish and for the simmering fires of poverty, injustice, conflict and violence that had scarred Province for years to dampen. Speaking in Dublin this week, Bill Clinton said that the Good Friday agreement was still a beacon of hope to other people locked in conflict around the world. “It shows us how we might go forward together across the planet…. The architects of the agreement created ‘a fine piece of work’ that others in ethnic wars could learn from”. With the reemergence of tribalism, nationalism, sectarianism and national self-interest fracturing Europe and the wider world, we do well to heed the consequences of such attitudes, actions and policies.

On a day when the world watches the escalating bloodshed in the Middle East and the superpowers are led by men trumpeting their power, paranoia and personal ambition, we do well to pray for peace and for the emergence of men and women peacemakers who posses a different vision of the world, where the power of love conquers the love of power. Wasn’t the original Good Friday Agreement exactly that ~ the power of love as opposed to the love of power. God’s ways are the true paths to peace and reconciliation.

2 Responses to The Good Friday Agreement