Posted on June 2, 2014 by northumbrianreflections

In an era of bland, predictable, shallow political rhetoric how inspirational and refreshing to hear the words of a remarkable man.  Martin Luther King’s speech at Newcastle University, on the occasion when he was awarded an honorary doctorate, back in 1967, is as timely and relevant today.

I am proud to be a Geordie and former graduate of the university, grateful for its invitation and courage back in the 1960s to confer the honour upon Martin Luther King. This was a time when racist politicians like Enoch Powell, played on fear, ignorance and prejudice to fuel suspicion, hostility and hatred of immigrants in Britain. Sadly, the rhetoric and soundbite culture of modern politics and the media are seeing a return to expressed racism within our culture. 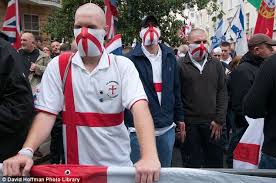 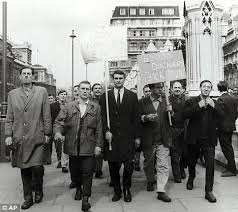 Asked at short notice if he would say a few words following the conferral of his honorary doctorate, Dr King spoke with no notes, from the heart and delivered a speech that brought tears to our eyes as we watched it last night. The great issues that this humble, man of faith and humanity, a Baptist pastor and civil rights campaigner, contended with back in the 1960s, remain as true for us today in the 21st-century. The evils of racism, poverty and war are a scar on the face of humanity and utterly alien to the ways of God’s kingdom.

Every believer, who claims to follow Christ, should be praying, working and eradicating these evils.

Your Kingdom come, Your will be done, here on earth as it is in heaven.

or read the transcript below:

I need not pause to say how very delighted I am to be here today and to have the privilege of sharing with you in this significant experience. Words are certainly inadequate for me to express my deep and genuine appreciation to the University of Newcastle for honouring me today in such a significant way. And I can assure you that your honouring me today in this very meaningful way is of inestimable value for the continuance of my humble efforts. And although I cannot in any way say that I am worthy of such a great honour, I can also assure you that you give me renewed courage and vigour to carry on in the struggle to make peace and justice a reality for all men and women all over the world. In honouring me today you not only honour me but you honour the hundreds and thousands of people with whom I have worked and with whom I have been associated in the struggle for racial justice. And so I say thanks, not only for myself but I also thank you for them and I can assure you that this day will remain dear to me as long as the cords of memory shall lengthen.

There are three urgent and indeed great problems that we face not only in the United States of America but all over the world today. That is the problem of racism, the problem of poverty and the problem of war. And the things that I have been trying to do in our struggle at home and in the struggle that is taking place all over the world, has been to deal forthrightly and in depth with these great and grave problems that pervade our world. As you well know, racism is a reality in many sections of our world today. Racism is still the coloured man’s burden and the white man’s shame. And the world will never rise to its full moral, political or even social maturity until racism is totally eradicated.

Racism is exactly what it says. It is a myth of the inferior race; it is the notion that a particular race is worthless and degraded innately and the tragedy of racism is that it is based not on an empirical generalisation but on an ontological affirmation. It is the idea that the very being of a people is inferior.

Well, it may be true that morality cannot be legislated but behaviour can be regulated. It may be true that the law cannot change the heart but it can restrain the heartless. It may be true that the law cannot make a man love me but it can restrain him from lynching me; and I think that is pretty important also. And so while the law may not change the hearts of men, it does change the habits of men if vigorously enforced, and through changes in habits, pretty soon attitudinal changes will take place and even the heart may be changed in the process. And so that is a challenge and a great one. For all men of good will to work passionately and unrelentingly to get rid of racial injustice, whether it exists in the United States of America, whether it exists in England, or whether it exists in South Africa, wherever it is alive it must be defeated and somewhere along the way, in this sometimes sick and often terribly schizophrenic world, we have got to come to see that the destiny of white and coloured persons is tied together. In a real sense we are caught in an inescapable network of mutuality. And finally, there can be no separate black path to power and

fulfilment that does not intersect white routes and there can be no separate white path to power and fulfilment short of social disaster, that does not recognise the necessity of sharing that power with coloured aspirations for freedom and human dignity.

With this faith we will be able to transform the jangling discords of our nation, and of all the nations in the world, into a beautiful symphony of brotherhood and speed up the day when all over the world justice will roll down like waters, and righteousness like a mighty stream.