Friends of the Earth?

Posted on January 28, 2014 by northumbrianreflections

It’s a cold, wet and pretty miserable day here in Devon where I am seeing first-hand the damage caused by months of rain and the recent gales that have battered the South West of Britain. 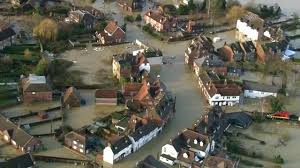 Leaving the cold but relatively calm North East yesterday, the further south I travelled, looking out of the windows on the train, I saw increasing evidence of saturated land and flooding with rivers and groundwater levels unable to cope with the incessant rain this winter. I am less than 50 miles from the Somerset levels where the extreme weather has caused insurmountable damage to land and livestock and caused much stress and hardship for people living in the area. My knowledge of geography and weather systems is limited but I am left with a slightly uneasy thought; that if we build on floodplains we are likely at some point to encounter floods. Several years ago we experienced flooding in Northumberland and it was devastating for the farms and small hamlets on Milfield Plain, just north of Wooler where we live but it was a plain, a floodplain and therefore to be expected.

I sympathise for anyone who is a victim of flooding and not just for the threat to livelihoods and the inconvenience for people in Britain but more seriously, on a global scale. I’m thinking about those who have little choice as to where they live. People who because of poverty and injustice have little alternative or opportunity to live anywhere else; people whose lives are in jeopardy because of global warming and the rise in sea levels and the inevitable floods. These victims of climate change will increasingly become the new face of the poor. 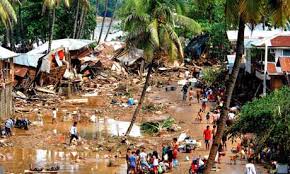 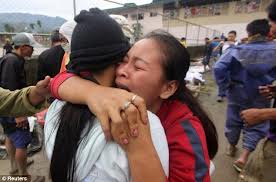 Both at UN talks and most recently at the World Council of Churches in Korea, delegates from Asia, Africa and South America have pleaded with the world’s economically dominant nations, principally USA, China, India and some of the European countries to take seriously the threat of climate change. A church leader from the Maldives, a place that draws people who have the means to pay for expensive honeymoons and luxurious holidays, reminded delegates at the World Council of Churches meeting that within the next forty years his homeland, the Maldives, along with other places like Fiji and the Solomon Islands would mostly disappear as sea levels rise. Climate change impacts lives, lands, food, water and human health. It will bring about the forced migration on an unprecedented scale. Scientists are predicting that global warming will force up to 150 million “climate refugees” who will have to move to other countries in the next 40 years, with a further 500 million, nearly 10% of the world’s population at risk from replacement as a result of climate change. This is serious stuff!

Rising temperatures and shifting weather patterns are changing the world in which we live. It’s impacting the areas where people, animals, birds, insects and plants live. It’s affecting the timing of life-cycle events, such as when buds appear and blossom, leaf drop from trees, pollination, reproduction and bird migration. The melting of the Arctic ice cap, coastal erosion, temperature changes, ocean acidification, marine ecosystems, the rise in sea levels are all changing and pose enormous threats and challenges to the world as we know it.

I was surprised and shaken from my relative complacency when I read recently about Europe’s seas which are changing at an unprecedented rate and much higher than climate scientists had anticipated. Seawater temperatures have been rising 10 times faster than average over the past 25 years and wind speeds have also been increasing at unprecedented levels. The combination of these rising sea levels and the stronger winds and gales has resulted in the loss of 15% of Europe’s coasts. This is leading to changes in the marine food chain as marine life migrates to the Atlantic from the Pacific, causing significant impacts on marine life. Some strains of bacteria are becoming more prevalent and pose potential threats to human health. The report I read highlighted the increase, for example in cholera in the North Sea over the past 30 years, a disturbing finding.

Of course as with a global economic recession it is always the poor and the most vulnerable who are the greatest victims. Climate change impacts such people far more than those of us who live in the West. It grieves me that one of the most pressing issues facing the world today is certainly not at the top of political agendas or public debate. It’s much easier to harangue the Environment Minister for complacency and a failure to act, thereby preventing or minimising the impact of floods in Britain, than to have a properly informed debate on the issue of climate change. Short termism prevails in economics, politics, planning and land use. Talking with some of the guests at the hotel and conference centre where I’m staying, who live in Somerset I learnt that for the last 5 years people have been saying that the rivers are silting up and need to be dredged. It seems to me fairly obvious, but if you help and make it possible for property developers to build new homes, which increases the housing population in an area, that inevitably increases the demand on both water supplies and sewage disposal, you have to give some support and help to river systems that are suddenly expected to cope with such unrealistic demands, accentuated when it rains. Bad land management practice, which leaves crops and root systems in the ground for much longer, only help to harden the terrain, which in turn is unable to soak up rainwater. It seems to me that the individualism and consumerism of contemporary Western culture negates the necessity for some sound collaborative and collective thinking, along with wise and reflective consideration that leads to good practice, which addresses issues such as climate change, housing policies, land management and farming practices.

One of the foundational questions at the heart of our Community’s life is How then shall we live? This is not a religious question confined to a cosy midweek Bible study group but a serious life and faith issue that asks the question in the midst of climate change, political rhetoric, economic forecasts, foreign policies, the debate on Scottish independence, welfare reforms, etc.

President Mohammad Nasheed of the Maldives, who is continually bombarding the UN with the reality of the impending loss of most of his country due to rising sea levels, says that he does not want to, “trade paradise for a climate refugee camp”. He warned rich countries taking part in UN climate talks recently, “not to be so stupid” in neglecting the consequences of global warming for the world. Endlessly polluting the world to serve our consuming, consumerist ways of living and working will continue to melt the polar ice caps and raise sea levels.

In a wonderfully prophetic act, in the autumn of last year, the president held a Cabinet meeting underwater to draw attention to the plight of his country.

The gravity of climate change and the consequences it is already  reeking out upon the world, together with the rise of sea levels, the melting of the glaziers and the polar ice, increasing strength and frequency of floods, tropical storms and droughts poses some serious threats to civilisation. Equally, it raises serious questions about how we live. There is a growing consensus in the scientific community, largely ignored by politicians and industrialists, on the link between human causes and climate change.

The Bible has much to say about our relationship with the world and our responsibility to live as God intends. For example, the psalmist declares; The earth is the Lord’s, and everything in it, the world and all who live in it; for he founded it on the seas and established it on the water, Psalm 24.

Or think of the  prophet Isaiah who commanded, cease to do evil and learn to do right; Pursue justice and champion the oppressed. Give the orphan his rights, plead the widow’s case”. Isaiah 1:16

I have never understood why Christians have not raised the priority of the environment as a key issue which relates to the kingdom of God and his will. Surely, the friends of heaven, should be the leading movement as Friends of the Earth?

2 Responses to Friends of the Earth?