Posted on November 5, 2016 by northumbrianreflections

One of our grandchildren rushed into the kitchen to report that he’d heard someone on a childrens television programme using a swear word. He was shocked and felt we needed to know. “He shouldn’t have sworn should he Grandad?”. “ No Patrick. He shouldn’t”. He will remember that programme for all the wrong reasons.

It seems as though the idea of minding your language no longer applies, not just on the television but across the whole spectrum of private and public life.

The tongue and language generally is a powerful tool as the writer of James in the New Testament says. It has the power to bless or curse, to help or harm.

Language, words, stories and narratives shape, consciously and unconsciously, individuals and societies. The brilliance of the Brexit campaign with its slogans, many of them blatant lies, captured the imagination of the public and won the Referendum, winning the argument over an insipid and inept Remain campaign, adopting their own language of fear. The language that was so evident then, among politicians, was brutal, partisan and divisive. The language that has ensued in the wake of the Referendum result has been vitriolic, discriminatory and incredibly damaging.

Cardinal Vincent Nichols, the Archbishop of Westminster criticised the “self indulgent way” in which some Britons have been expressing a hatred of people they see as different. He said society had to have a “fundamental generosity and respect” and warned of a “them and us” attitude to the migrant crisis, which he said “denies our common humanity“. He went on to say that the very real issues facing society, including the immigration crisis, was almost impossible to discuss in an atmosphere in which fear and hatred are the dominant features. He cited the example of migrants from Poland and Africa who had been left uncomfortable at the way “arguments around the referendum on EU membership were conducted“. He said that “expressions of hatred” on social media as well as racist graffiti were “creating a culture of fear among people who have been welcomed here, never mind those for whom we do have a responsibility because of their desperate need“. On politicians and the media he said: “What we seem to be living with is a kind of popular leadership which is basing itself on fear. It’s almost trading in fear….As far as I can see that is the worst kind of leadership.” He went on to say that, “Sometimes it is the media that gives an opportunity and creates an environment in which every item of news about migrants in this country is negative. And that is I think untrue to the reality of this country and corrosive of our best nature and our best contribution.” Thank God for a church leader, who carries far more weight and influence that I do who has named the language being used as damaging, rooted in fear and fuelling hatred.

Think about the abusive and disrespectful language dominating the US Presidential election. Hillary Clinton has been acidic in her denunciation of her Republican opponent Donald Trump. He in turn has conducted a master class in appealing to the baser instincts of humanity, playing on peoples fears, trumpeting false hopes and unrealistic and simplistic solutions, blaming others, especially non whites, particularly Muslims, Mexicans and migrants. I find it extraordinary that it is likely to be conservative Evangelical Christians who will be a key factor in electing him to the White House. Should that happen it confirms to me finally that evangelicals there have forgotten the roots of their tradition, namely the authority of Scripture and what it says on issues of lifestyle, immigration, refugees, justice and God’s bias for the poor, to name but a few things. 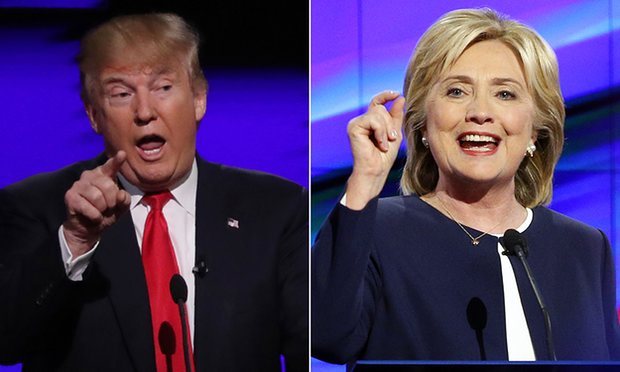 To hear the language of Trump, not just what he said ten years ago but throughout the election. He has described women as, “pigs, dogs and slobs”, that he could “grab them by the xxxxx“. He has spoken of Hillary Clinton as “deranged… an evil woman”. Labelling Mexicans as people who were “bringing drugs and bringing crime. They’re rapists …… He says he plans to deport 11 million “ethnics” if he becomes President. His language is one of defamation, which is defined as, ‘intentional false communication, that harms a person’s reputation; decreases the respect, regard, or confidence in which a person is held’.

The language that Trump and indeed his political friend and counterpart here in Britain, Nigel Farage, uses, induces disparaging, hostile opinions or feelings against a person. It is slanderous and incredibly damaging, not just for the individuals to whom it is directed but for the wellbeing of society.

As Cardinal Nichols said, respect is at the heart of any civilized society. Lose respect and society crumbles. The Ten Commandments, God’s foundational decrees for human life in society, is shot through with respect. Lose it and society falls ~ read history!

It’s easy to point to what’s happening in the States but here in Britain the same defamatory and damaging language is evident. Take for example this week’s Spectator’s Parliamentarian of the Year awards, where Nigel Farage was awarded the Political Comeback of the Year award. His language now as throughout his political career has been toxic. He was presented his award by the former Chancellor, ‘yesterday’s man’, George Osborne, a man he not so long described publicly as a “pasty-faced bastard”. 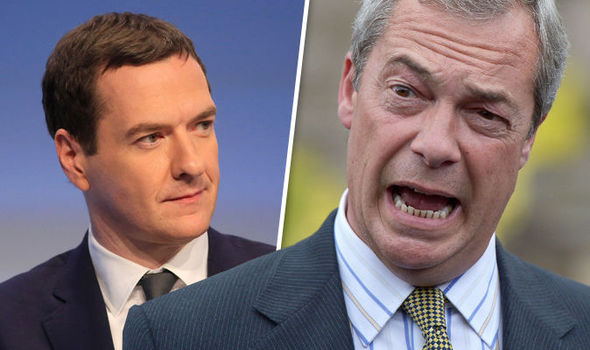 For a momentary more humourous note during the evening’s awards, there was the wonderful clumsy moment when Boris Johnson, the Foreign Secretary referred in his speech to Brexit as a ‘titanic success’. No wonder Theresa May put her head in her hands as people reminded Boris that the titanic sank!

Another danger is the language of spin. This week saw Sir John Chilcot, who headed up the inquiry into the Iraq War, before the Commons Liaison Committee. He said that Tony Blair’s case for war in Iraq went “beyond the facts” in a way that caused long-term damage to the public’s trust in politics. Close to saying that Blair had spun the evidence when he claimed Saddam Hussein posed a ‘real and present danger’ to the UK, he told the committee that there was “no imminent threat” to Britain and that it was not “reasonable” for the former PM to put an “inflection” on the caveated intelligence. “A speech was made in advocate’s terms and putting the best possible inflection on the description that he used,” he added, going on to say that,“I absolve him from a personal and demonstrable decision to deceive Parliament or the public, to state falsehoods knowing them to be false…. However, he also exercised his very considerable powers of advocacy and persuasion rather than laying the real issues and the information to back the analysis of them fairly and squarely in front of either Parliament or the public. It was an exercise in advocacy.” Chilcot insisted that he was not saying Blair had “deliberately spread falsehoods” but felt he had behaved more like a lawyer and politician rather than “laying the real issues and information” before Parliament and the public. He went on to say that he believed that the consequences of such ‘spin’ had eroded trust in politics. And that is what has played into the present turmoil in society, a belief that politicans tell lies and can’t be trusted. Chilcot added that it would take a long time to restore the voters’ trust in their politicians. Speaking after the session, Treasury Select Committee chairman Andrew Tyrie said: “Sir John’s evidence confirmed what many of us have long suspected; in making his case for war, Mr Blair went beyond the facts. In doing so Mr Blair eroded the trust of the electorate in its leaders, a shocking legacy.” 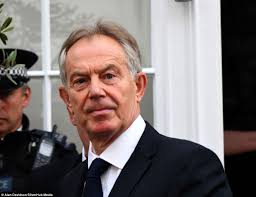 The consequences of the media not watching its language is equally damaging. Take for example the headlines in most newspapers following this week’s High Court judgement on Brexit. The Daily Mail ran the headline, ‘The Enemies of the People’ when describing the three High Court judges who ruled that parliament should get a vote on triggering article 50. Papers like The Mail, The Daily Telegraph and The Sun have made some serious and unjustified attacks on the judiciary after the High Court’s Brexit decision. Such headlines undermine the important issue of the independence of the judiciary.

The media, far from contributing to the rebuilding of a broken society, exasperates the problem and incites hatred. For example. we are faced currently with a very divided and increasingly fracturing nation, where hate crimes are rising disturbingly. We are faced with the reality that the referendum has divided the nation. 17,410,742 (51.9%) people voted to leave and 16,141,241 (48.1%) voted to remain. It was a narrow victory, with a 4% margin. Every other referendum across the Western world would have viewed the results as advisory and seen the result as an indicator of a divided nation that required careful handling. Look at the headline facts; Scotland, Northern Ireland and London voted for Europe. The North East, where there are just 19,000 East Europeans living and working, voted against Europe. Young people voted for a future in Europe. The elderly, mostly said No.

The articles within the inside pages of The Mail went on to talk about the sexuality and civil partnership of one of the judges, as if that was a contributory factor in the judges unanimous and unequivocal judgment.

The hatred that has been meted out to the businesswoman Gina Miller since the hearing is wicked. She has been subjected to racist online abuse after her lawsuit forced the Government to put its plans to leave the European Union to a Parliamentary vote. She has received emails and texts saying she will be gang raped, knifed and many of her detractors have made overt reference to her Guyanese heritage, with huge numbers saying she should ‘go back to where she belongs’ and leave the UK.

Watch your language for, as the writer of the book of James says, the tongue is a powerful weapon. He charts the potential for evil rather than the potential for good with one’s tongue, citing the dangers of the tongue’s ability to spread evil, (James 3:5-6). He uses several images in the opening chapter of the letter depicting the power and potential of our tongue; waves, a horse’s bit, ship’s rudder, and a fire. James chose to portray a spreading destruction. An ax destroys one tree at a time; with our tongues, one act of evil starts a destructiveness that spreads beyond the initial act. 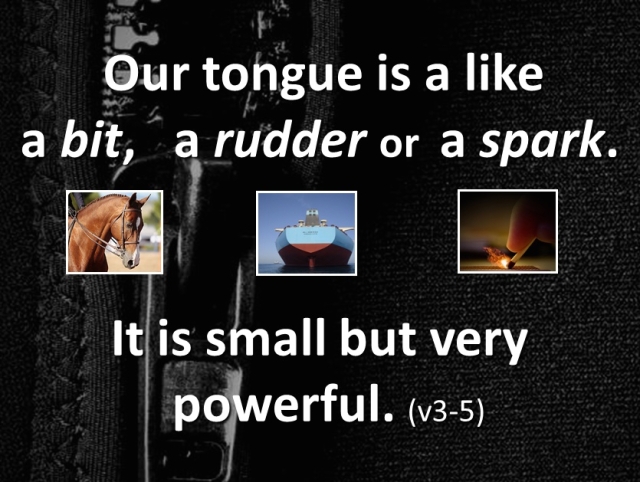 Politicians, journalists, broadcasters, parents, let’s all of us, for the common good, guard our tongues and mind our language.

1 Response to Mind your language